All a bit soggy.

Touch and go about whether to dance at the community orchard ‘Apple Day’. A bit of a trudge through the mud, we did manage a short 4 dance display, which I think was appreciated by Sarah the organiser. Industrious 4th Bramshill Scouts making (really good) apple juice, great bacon sandwiches and a wonderfully entertaining time tasting different apple varieties from the orchard, King George V was the pick of the crop (ho ho). Missed the storytelling, our Fool was rather keen to have a go! We all managed to get out of the carpark, helped by Ian Y’s production of a towrope to extricate the stricken Transit blocking the exit. 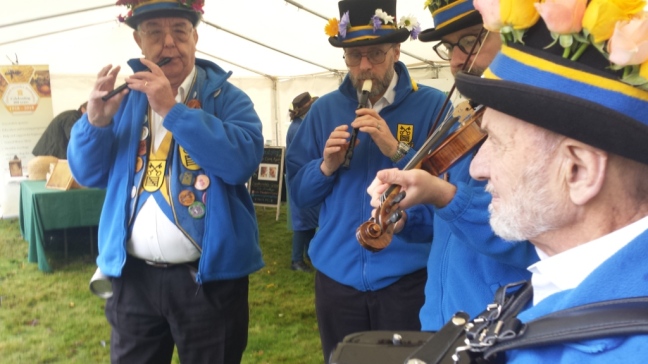 On to the PoW Beerex. It was an unusually wet one this year but our failure to be put off was appreciated by Peter the welcoming Landlord, and I’m sure we’ll be welcomed back again next year. As you’d expect a good selection of beers, inc ‘craft beers’, a range we need to investigate.

Lots of short sets, getting shorter as the rain became heavier. Some good dancing and, when we got chatting to the crowed, much appreciated. The ‘game of the day’ was releasing trapped water on gazebo roofs onto an unsuspecting Ross – got him twice. He knows where Mike and Tom live…

The music was on form under their gazebo, with nary a word of complaint about the weather. We did put on another short set after Rod, Chris & Chris departed for an early warming bath, but Steve and Mike were up for it and played us out to Upton on Severn.

Andy P & Ross went a recruitin’ in the crowd – lots of lively discussion and leaflets handed out. There’s still time if you fancy having a go! 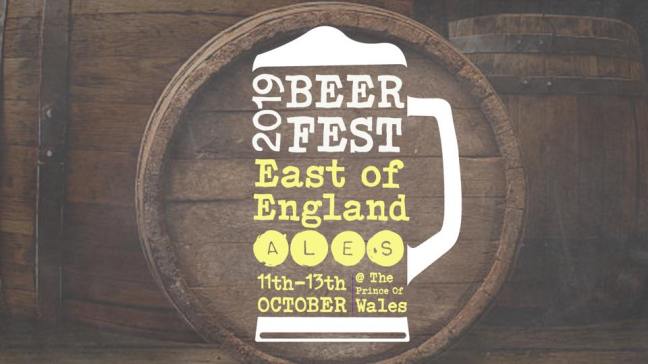 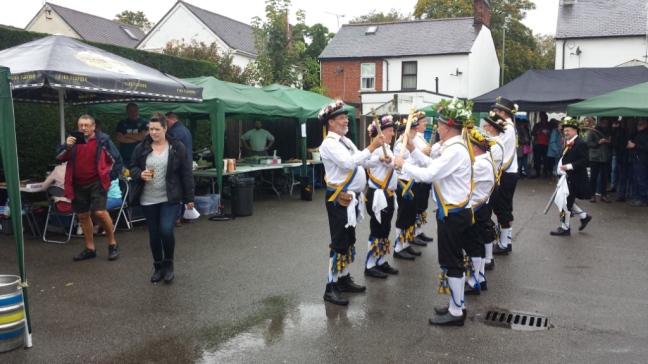 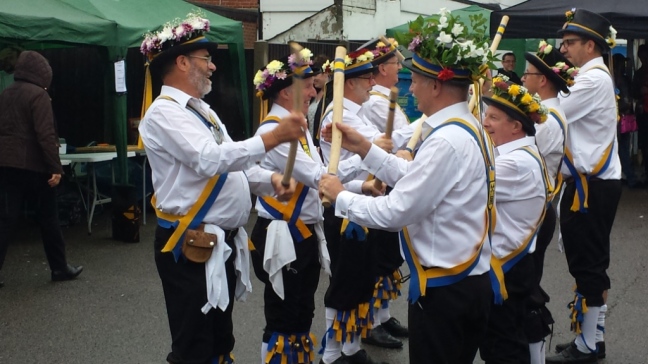