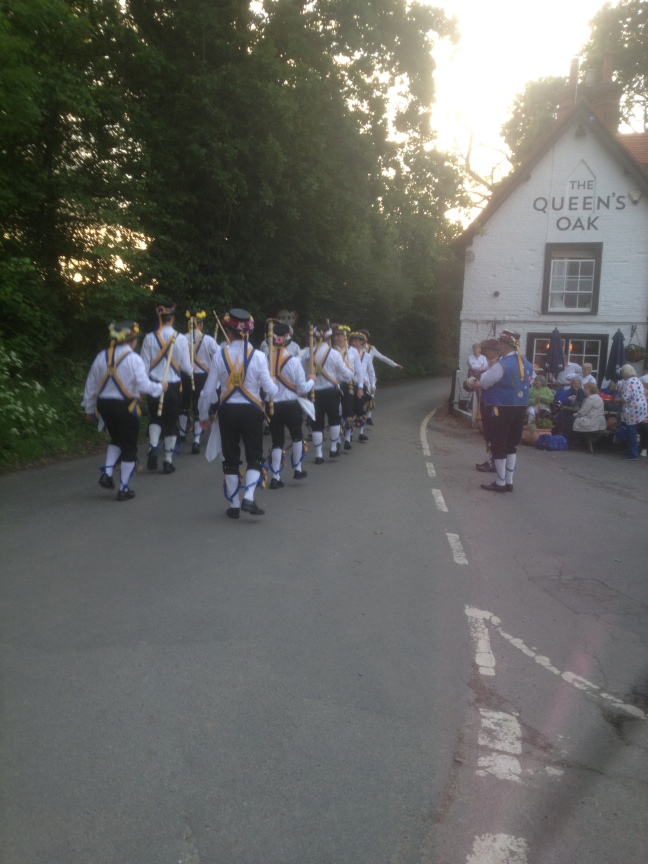 For a Tuesday evening the Welly was pretty well attended, with a few families in the garden who appreciated the show and especially the Horse.

We started, as has become a bit of a habit, with a rousing “some talk of Alexander” as an intro to Skirmish; there was a Black Joke later on, but perhaps we were all still too tired from the exertions of the previous Saturday to remember much at all! Still, it was good to welcome back Max from up north and Dennis from Argentina (the latter in mufti, but that didn’t stop him being cajoled into a dance).

What a contrast: very few customers, and not a one with any interest in Morris. Plus it had turned rather cool. And to cap that, all the beer pumps had their badges facing the wrong way – funny, we visited the Village Inn a few years ago, and they had no beer then, either. But (limited) joy, they did after all have a barrel of the ubiquitous Doombar hidden round the back for such emergencies; how can so much beer come out of a small Cornish village?

With no audience, the time was used as an ad hoc practice session. Someone had the bright idea of dancing Oranges in Bloom, so those with a vague memory of the Sherborne style had a go, only to be shocked by remembering quite how athletic some of the moves are; well done to all who attempted it.

A number of men slipped away early, your author included, but I doubt we missed much. Not an evening to go down in the YMM annals! 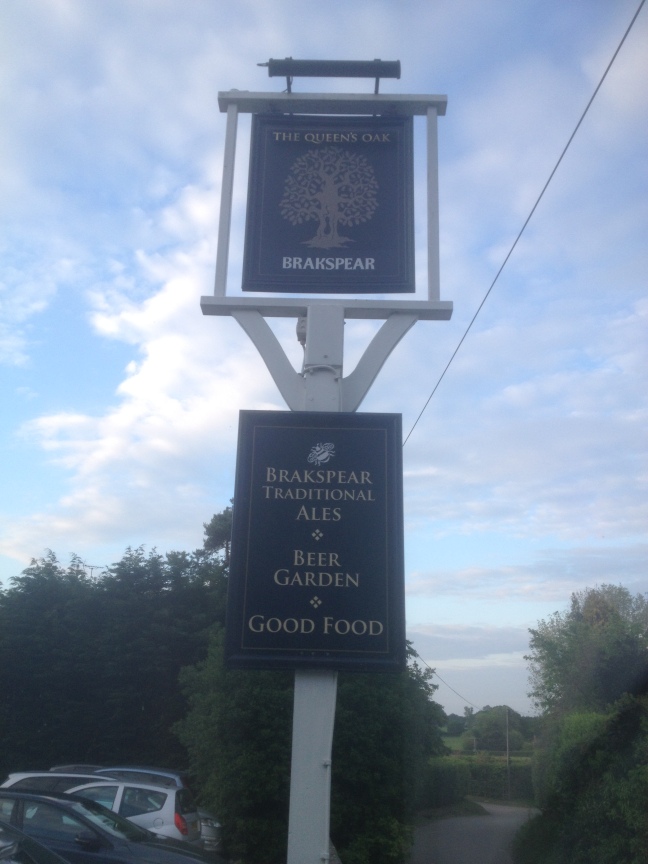 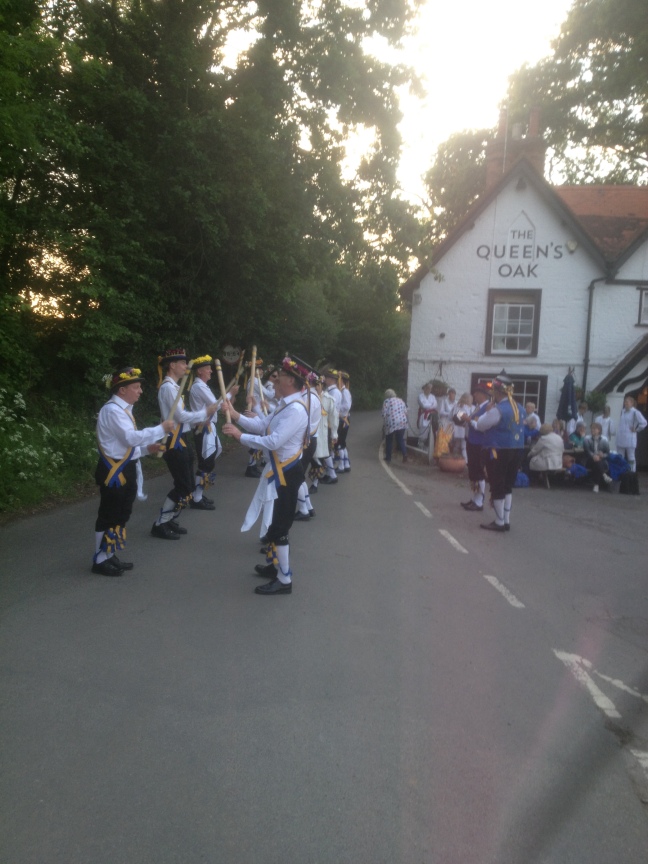 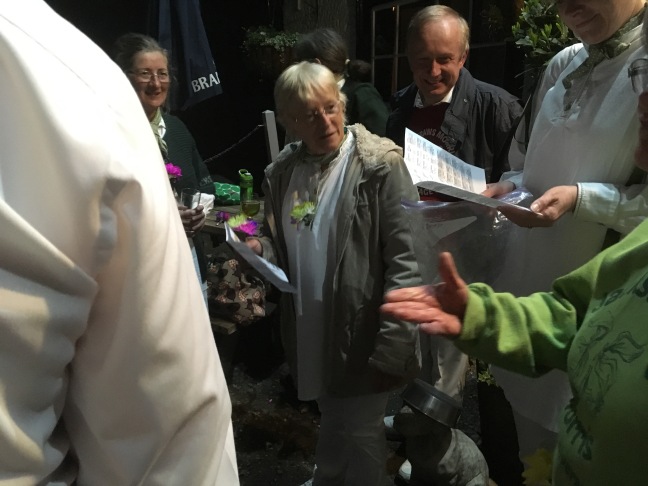 Beautiful evening, beautiful pub with just a touch of ‘ow much?’ outrage from the lads. Guests of the spritely Jackstaws tonight. Small but interested and inquisitive audience. The audience increased enormously when members of Clan Young appeared. Avoided the dodgy surface of the car park for the smooth tarmac of the road at the cost of being some distance from the audience. We like dancing with Jackstraws (who danced well and accurately all evening, we liked ‘Betty Windsor’ a lot) – we share many traditions (esp Fieldtown Adderbury and the rarer Ilmington) and there is a real pleasure in studying familiar dances done differently – we even got in first this time with Signposts (Fieldtown)!

YMM had enough dancers to make two sides with our newer dancers (Phil & Dennis) getting well earned applause. Top picks were Jenny Lind, Signposts and a fun mixed Upton On Severn. The Beast was suspiciously lively and the generally gibbering Fool wore the Smock – a friendly nod to our hosts who used to sport smocks (and rather odd beanie ‘ats).

A very relaxed and very pleasant evening with a bonus music session inside.